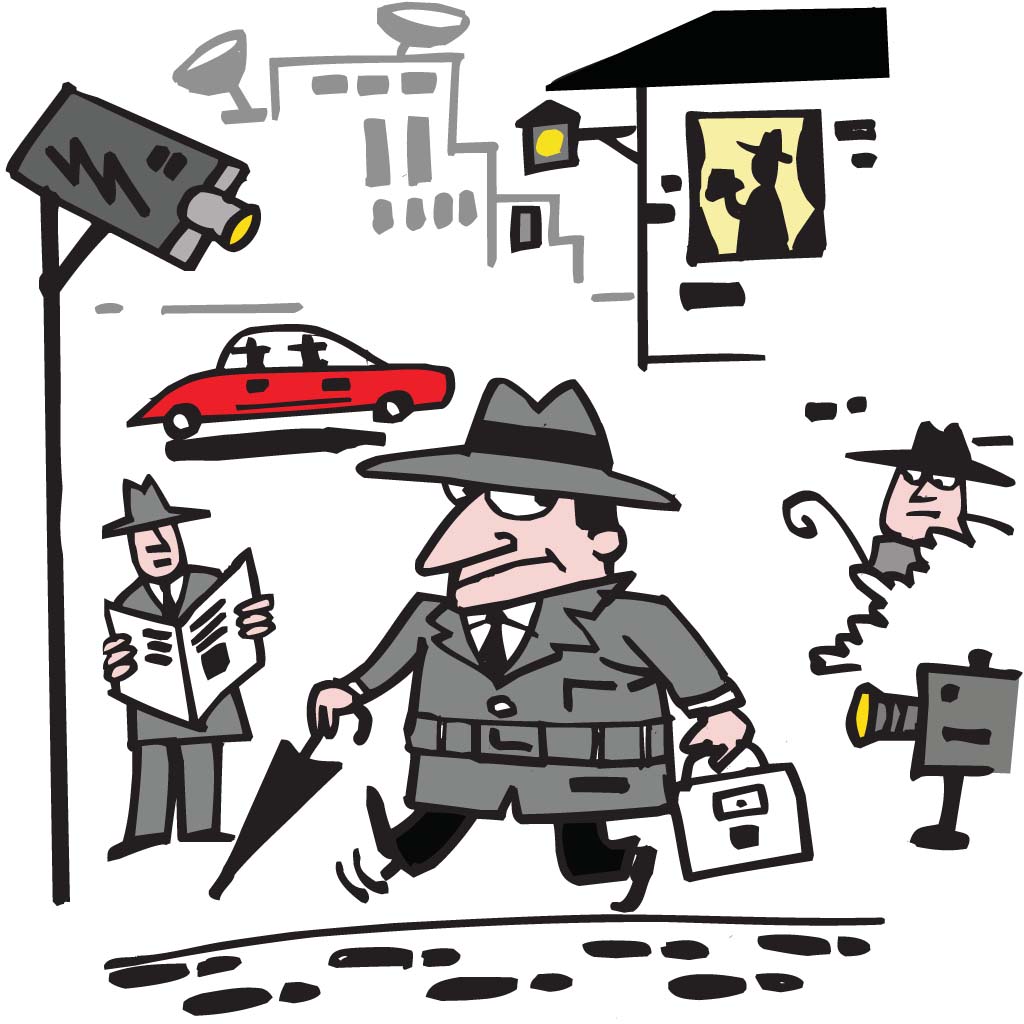 In the past one year, tehelka.com has unearthed two major scandals using hidden cameras.

In May 2000, video footage revealed cricketers involved in match-fixing. And now, senior politicians and defence ministry officials have been caught on camera, taking kickbacks or bribes from people selling arms.

Whether these tapes will hold up in a court of law is not clear. What is certain is that in the new age, where technology forces transparency in how the government works, is here to stay.

Recently, Star TV reported that a hidden camera was placed in front of Shastri Bhavan, one of the government offices, in the capital. Holed away in a Maruti van was another small camera. It recorded government employees puffing away on cigarettes. This incident happened just a month after the Cabinet approved a new Bill to ban smoking in public places throughout the country.

However, hidden cameras do not have to be confined to a vehicle. A handycam slipped into a handbag with a hole cut out on one side can become the third eye.

A cigar camera, as the name suggests, is sleek enough to be slipped into a folder and tucked under your arm. Less than 10 inches in length and weighing exactly 290 gms, its wide-angle lens can provide a comprehensive view.

No matter how handy they are, small cameras often mean a low picture clarity – just like the Tehelka pictures.

And no matter how small the camera, it still needs to be connected to a recorder. That means that it can not really be tucked in just anywhere.

In cases where the priority is on content and not picture quality, audio is of extreme importance.

Audio can be collected even by a very small microphone head – like a very small tight-clip microphone that can be clipped on the shirt But a clear video recording depends on the optic lens of the camera.

Therefore, in order to get a clear image, one needs to have a sufficiently large lens to let in enough light.

That is not the case in audio, as even a very small pick-up in the microphone can do the job.

These cameras can cost as little as Rs 7000, though they are usually between Rs.15,000 to Rs.50,000. They are also useful tools for investigative journalists.

Parliament members say that they expect more journalists to start using these cameras and are going to be more cautious of what they do or say.

However, with the cricket match-fixing scandal and Tehelka’s latest expose, a lot of people will be more careful of their own movements and of the tricks of the trade. That means that a reporter’s job will only get harder!

Team Pitara
When you want to convey your feelings, you say it with flowers. Do you know that humans have attached different meanings and values to...
5 Ws & H

How are Stars Named?

Saakshi Khanna
Till now we have only seen roads, railway stations, airports, places etc. being named after famous people. But imagine paying money to get a...
Features for Kids

Brishti Bandyopadhyay
Christmas celebrates the birth of Jesus Christ. Everyone knows that. Do you know the entire story of his birth? Let me narrate it in brief....
Planet Earth for Kids

Fish That Live in the Desert

Moushumi Mohanty
We all know that fish live in water. But, there is a kind of fish which lives in the desert. Difficult to believe? Well, there...
Festivals for Kids

Manisha Deveshvar
It is the month of Ramadan (Ramzan) in the Islamic calendar and, for those who believe in it, each day of the month follows...