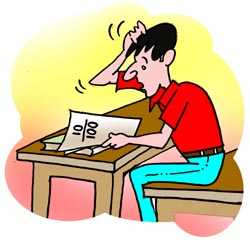 August 19: Do you know what a universal truth is? It is a truth that never changes, wherever in the world you might wish to test it.

For example, we all know that the earth goes round the sun. It’s a truth that will never change, at least not until the solar system lasts.

But some teachers have proved that this truth is not so universal after all. The teachers belong to Charan Singh University, which is located in the city of Meerut, in India’s northern state of Uttar Pradesh. The people who exposed them were candidates who appeared for the B.Ed examination, a course that would enable them to get jobs as teachers in schools.

The candidates were horrified to find that their correct answers in the multiple-choice section were marked wrong – and by none other than the university teachers who checked their papers. The teachers gave marks to those candidates who had chosen the wrong answers.

Through their checking, these teachers turned a few more truths on their head. They ticked Bengal’s Rabindranath Tagore as the author of India’s national song, Vande Mataram.

But most of them also know that Vande Mataram was penned by Bankim Chandra Chatterjee, one of the most well known writers of Bengal. The song occurs in his novel, Ananda Math. Both Tagore and Chatterjee were nationalists, whose writings inspired the people fighting for freedom from the British.

Jana Gana Mana replaced the British anthem God Save the King as India’s national anthem in 1950, after India became free of British rule. It is played on formal occasions, that is, during the unfurling of the national flag, among others. Vande Mataram though, can be sung on more informal occasions and even experimented with.

But how did the students discover the bloomers of these examiners?

The university had published the answer key in newspapers so that students could tally their answers with the key and thus crosscheck their performance at home. Instead, they found that it was the examiners who were wrong!

The harassed students are demanding a re-check of their papers. The university, which finds itself with egg on its face, has promised to do something about it.

Benita Sen
It happened not very long ago. But when you're a snail, days move at snail's pace, too. So, if you were to ask our...
5 Ws & H

What is the Software for Life?

Ajay Dasgupta
We all use computers. If you use Windows on your machine, like me, you will have a small button at the the bottom of...
Stories for Kids

B Sumangal
Raju and Savitri lived in Tanjore in the state of Tamil Nadu. Raju worked in the rice fields of a local landlord or zamindar...
Features for Kids

Summer music of the trees

Chitra Padmanabhan
I always used to think that the drive across a four kilometre stretch from my house to the main road was a pain. Actually,...