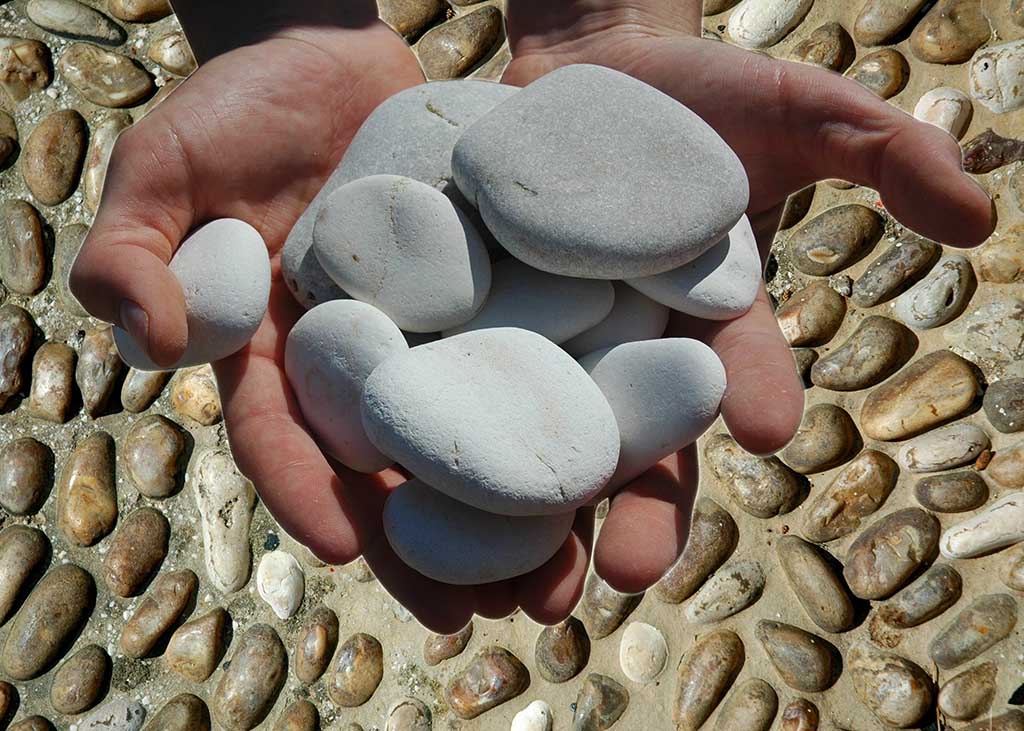 It was a lazy summer afternoon, and the buffaloes had gone to sleep in the village pond, at Hassangarh, in Haryana. They had been given a vigorous rub by little Bhola and his gang of four, ranging from six to 10. All they wanted to do was doze.

The creatures moved their ears slightly when the boys clambered onto their backs. Each one of them held a flower stamen as if he was holding a sword. But even during the fierce sword fight between the ‘warriors’, the animals did not stir.

Tired of the game, the boys jumped to the shore. An idea struck Bhola and their eyes shone with pleasure. Down on their fours they went, looking for smoothened stones. And when they had collected a large treasure, they began their contest. Who could send the stones spinning over the water the farthest?

I hung around curious to see who would be able to do it. It was my first visit to a friend’s village and I was determined not to miss out on anything.

The biggest of the boys positioned himself with a smirk and looked around him, as if already expecting applause. Then he threw a stone with all his might.

The stone rose high up and fell barely three metres ahead. The others rolled in the ground with glee. The participant retreated to the ‘stands’ (a green patch of grass) and suddenly discovered a pain in his shoulder.

The others performed more or less like him and came back nursing shoulders that seemed to have come out of their sockets. Then it was Bhola’s turn. He was the youngest and the slimmest of them all. But he had a glint in his eye.

He picked up a stone, held it flat in his fingers. Then he bent as low as possible and released the stone in a wide arc movement. The stone went spinning over the water. It even touched upon the small waves created by one of the buffaloes as she suddenly tossed around. The stone went beyond 10 metres.

Bhola had become a hero. The others realised that he knew the right way to throw the stone, and that it did not need just brute strength.

It was sheer coincidence that on my return I stumbled upon a book called The Mammoth Book of How It Happened, put together by a gentleman called Jon E Lewis, and published by Carroll & Graf Publishers, New York, 2000. In a fascinating manner, he has put together into one collection, eyewitness accounts of moments in history, both eventful and ordinary.

And one such eyewitness account was of a game played by the children of Rome in 300 AD, about 2,300 years ago! The game they played was the one that Bhola and his friends, and children all over the world play to this day – ducks and drakes!

The account was by a man called Minucius Felix who “saw a group of small boys vying with one another in a game of ducks and drakes.” How did he describe the game? “You choose a well-rounded shell from the shore – one that has been rubbed smooth by the pounding of the waves – and holding it horizontally in your fingers while stooping as low to the ground as you can get, you send it spinning across the water…”

This happens because when the fast moving stone skims the surface of the water, the water behaves like a solid and bounces the stone off like a rubber ball.

What should the stone do? According to Felix, it should either skim the surface of the sea or “shave the tops of the waves, only to resurface time and again”! Naturally, the boy whose stone went the longest distance and shaved the maximum wave tops was the winner!

There are some things that never go out of fashion – and ducks and drakes seems to be one of them. Maybe I will tell Bhola about the children who played his game 2300 years ago. What will he say, I wonder…

B Sumangal
"Trick or Treat!" shout little witches, paper-bagged goblins, rubber-masked imps and bed-sheeted ghosts as they extend a bag across for candy. It is October...
History Quizzes for Kids

Team Pitara
Today when we look at our ancient structures, we cannot help but wonder how they ever got created. Though thousands of years old they...
Poems for Kids

Author unknown
Little children, never give Pain to things that feel and live; Let the gentle robin come For the crumbs you save at home; As his meat you throw...
Easy Reading for Kids

Swapna Dutta
Apples in the winter time Chikoos in the fall Mangoes in the summer time I like it best of all! Oranges and kinnows bright Sugar-cane so sweet Melons and the...
5 Ws & H

B Sumangal
Plants kept inside a room always grow in the direction of the window. In woodlands where there is a thick canopy of trees and...