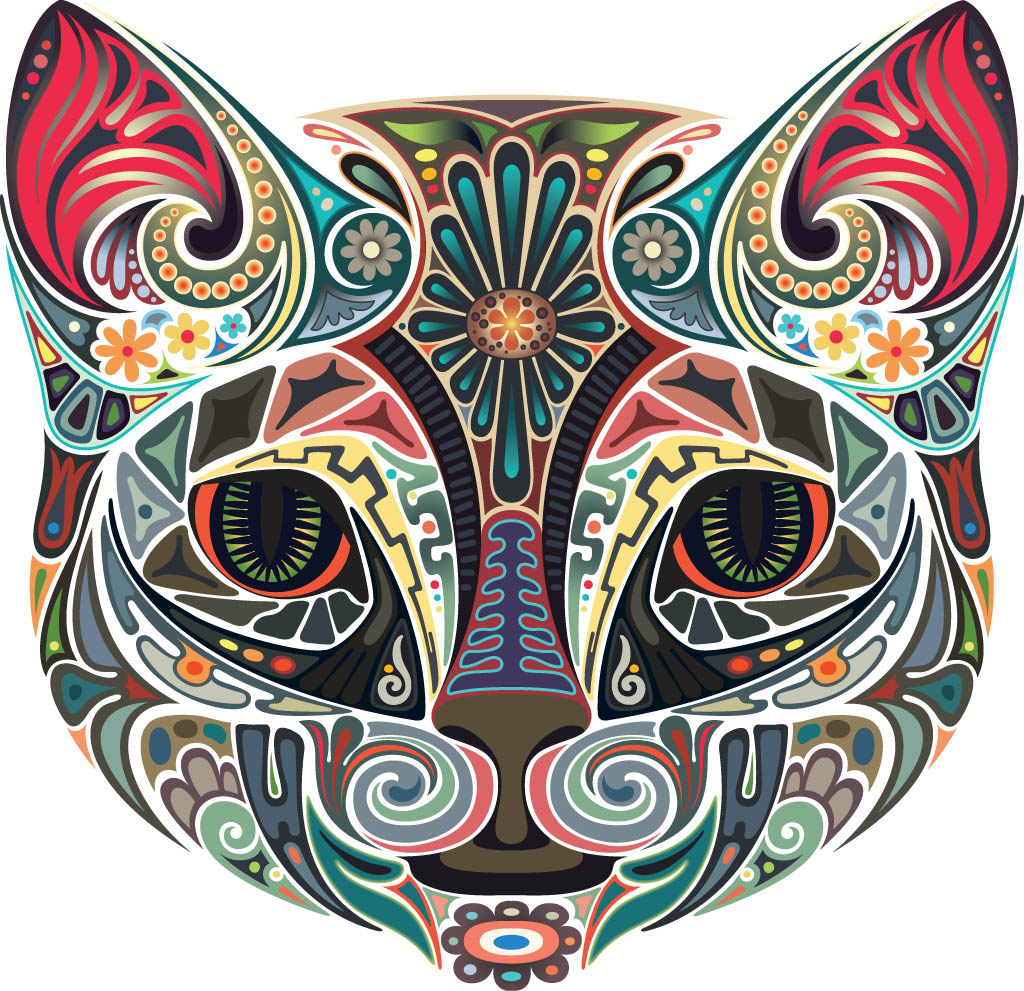 The poet Carl Sandburg wrote, “The fog comes in on little cat feet.” So do a large number of our words and expressions. Let’s think of the cats that run and leap and pounce and slink and purr and meow through the English language.

There are a number of explanations for the phrase, “it’s raining cats and dogs”? Cats and dogs were closely associated with the rain and wind in the western mythology. Dogs were often pictured as the attendants of Odin, the storm god, and cats were believed to cause rain.

But the true source appears to be quite literal. During heavy rains in the 17th century England some city streets became raging rivers of filth carrying many drowned cats and dogs.

Not long ago in England, a city dweller had to be careful of buying a pig from a villager who would keep it in a sack. Very often, cunning villagers intent on duping the customer substituted the pigs with cats. And when the city dweller opened the bag, he would literally let the cat out of the bag, revealing the crafty farmer’s secret.

When a cat is attacked by a dog or other animals, it aggressively arches its back, a response that suggested the phrase ‘to get one’s back up’ to describe humans aroused to anger.

On the other paw, cats are often pictured as grinning. Charles Ludwidge Dodgson, best known to the world as Lewis Carroll, popularised the Cheshire cat in his classic, Alice’s Adventures in Wonderland (1865). In the story, the Cheshire cat in the story gradually fades from Alice’s view, but the smile manages to hang in the air magically.

Cats have long been regarded as tenacious survivors because of their careful, suspicious nature and because they are supple animals that can survive high falls. This could be the reason for the Old English saying that a cat has nine lives. This phrase can be traced back well before the 16th century.

You might have asked a person who has been rendered speechless if a cat has got her tongue. This phrase refers to a form of punishment in the Mid-east, several centuries ago, when the tongue of a person who lied was cut off and fed to the ruling king’s pets, often cats.

Here’s one that bothered me for years. Which cat was killed by curiosity? What was it curious about and how did it meet its end?

Actually, this is a case of a phrase that has changed over the years. The original saying was ‘care kills a cat,’ meaning that cats seemed to be very cautious and careful.

Then came another human twist to the ‘tail’ that cats were nervous creatures and nervousness as we all know, leads to eventual death. So, over the years the definition of the word ‘care’ changed and, eventually, the word care in the phrase was replaced with curiousity.

Catcall is an easy one. It dates back to the theatre in Shakespeare’s age. Instead of booing, the gentlemen made noises that sounded like an auditorium full of cats.

All these phrases are still very much in use, along with modern-day phrases. Remember the girl in the previous class, who used to be quite a ‘cat’? Being a cat or cool cat implies that the person is smart or street smart – like a cat.

If you knew the origin of all these cat phrases then you are truly the cat’s whiskers.

Bindu Mishra
Come monsoons, and we immediately think about the beautiful peacock, dancing in the rain, with its luscious tail spread out behind it. Undoubtedly one...
Quizzes for Kids

Team Pitara
Seasons not only tell us the time of the year in different landscapes, they are intimately connected to human emotions and experiences as well....
5 Ws & H

Ajay Dasgupta
Which is the most famous sheep in the world? A sheep called Dolly. But why is Dolly famous? That is because unlike other sheep's, Dolly...
Planet Earth for Kids

An Organism that is visible from Space

Ajay Dasgupta
The elephant is the largest land animal. The Blue whale is the largest sea animal. But however big these animals may be, they can...
Biographies for Kids

Brishti Bandyopadhyay
Amelia Earhart was one of the world's most celebrated aviators. She broke records and charted new skies in the course of her short life....