All features, stories and articles tagged with: Australian

7 items in this section. Displaying page 1 of 1

The Kiwi is Australian!

The Kiwi is Australian! [Illustration by Shinod AP] March 14: The kiwi bird is one of the most common symbols of New Zealand. It is also the country’s national bird. And that’s not all.

August 5: Heard of facts imitating fiction? Well, that’s exactly what’s happening in Australia. There’s a comedy serial on Australian television these days. It is a spoof or hilarious leg-pulling on the Australian officials who are in charge of making all the arrangements for the Olympic Games scheduled to start in the Australian capital Sydney. 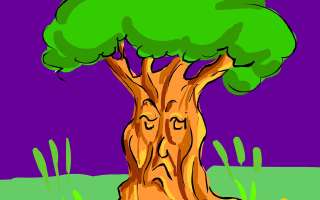 December 27: Which are the oldest living trees in the world? You might think it’s those huge redwood trees, called giant sequoias, dating 4000 years. Not true. How about the Wollemi Pine? Yes, you’re getting there.

Spate of Attacks on Indian Students in Australia

Where: Melbourne, Australia May 31, 2009 : A number of Indian students were attacked in a series of violent incidents in Melbourne over the last few days. One of the most shocking incidents was the one in which 25-year-old Shravan Kumar was stabbed by a group of teenagers who forced their way into his house.

Where: Melbourne, Australia February 9, 2009 : Australia’s worst disaster in over a century, the bushfires could claim up to 230 victims. Bush* fires are common occurrences in the hot and dry Australian summer. This summer, the country has seen a severe drought and recorded temperatures as high as 47 degrees centigrade, as well as winds at speeds of over 90 km per hour.

Where: Melbourne, Australia February 1, 2009 : Yuki Bhambhri beat Alexandros-Ferdinandos Georgoudas of Germany 6-3, 6-1 in the junior boys final of the Australian Open Tennis championships in Melbourne. He is the first Indian to win this title.

The huge flightless emus of Australia's scrubland may roam hundreds of kilo...