All features, stories and articles tagged with: Church

8 items in this section. Displaying page 1 of 1 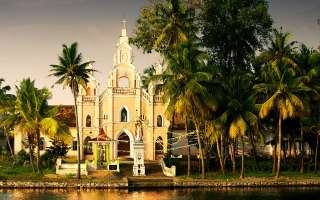 Would you doubt my word if I say that Doubting Thomas, one of the Apostles of Christ visited India and established Christianity? Don’t. For its true. Among Christ’s 12 apostles, Thomas Didaemus or Doubting Thomas, along with Peter and Paul were pre-eminent. 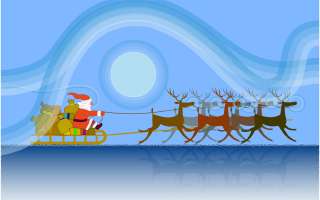 How Did Santa Claus Originate?

Its nearly midnight and with a jingle of bells a sled comes streaking from the north, pulled of course by Rudolph, the red-nosed reindeer. Sitting in the sled is a jolly round red robed figure with flowing white beard and a bag slung over his shoulder that lands on the rooftop with a merry ho-ho-ho.

Pope John Paul II is the first Polish pope and the first non-Italian pope since the 16th century. Born Karol Josef Wojtyla on May 18, 1920, to a Polish army officer in Wadowice in Poland, John Paul II attended an underground seminary during the World War II German occupation and was ordained a priest in 1946.

The Spirit of Christmas

Tony counted the notes and coins. He had Rs. 163 in all. He put the money in his pocket, the money he had saved from his part time job. Today was Christmas eve and he had some important shopping to do.

Over seventy years ago, a 15-year-old boy recorded an anthem, ‘His Master’s Voice’. He never recorded another song after that but the enduring appeal of the song ensured the immortality of the composer to be etched in memory forever.

Where: Nazareth, Israel May 15, 2009 : Pope Benedict XVI, head of the worldwide Catholic Church, made a weeklong trip to the Middle East, touring the Holy Land in a bid to promote peace and unity in the region.

As the sun rises over the hills, the birds start chirping. Nine-year-old Gyatsu knows that it is time to go to school. All his friends in the village go to school too. In no time a small army of rosy-cheeked children can be seen hurrying through the streets and up the hills, to the local primary school. 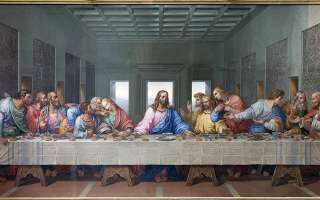 In 52 A.D. Thomas Didaemus, one of the 12 apostles of Jesus Christ is believed to have landed at Musiris (Cranganore) in Kerala. He made his first converts both Jews and Hindus at Palayur a town now in Trichur district, Kerala.