All features, stories and articles tagged with: Dancers 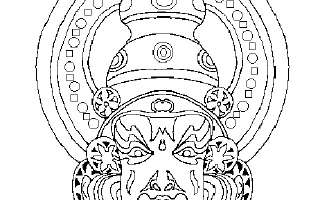 Traditional Indian dance forms from various parts of India. Click on any image to view an enlarged version. Print it and color it.

Don't Stop the Music, I Want to Dance

Joseph Templin or Joe is an American teenager who loves to dance. He knows how to do a moonwalk, a swing, a twirl – all popular dance steps. The minute the music begins to flow, this lanky but handsome nineteen-year old, is all charged-up and itching to dance .

From Russia with Love : Rudolf Nureyev

The most photographed male dancer in the world, Rudolf Nureyev electrified the world with his ballet for close to three decades in the second half of the 20th century. In the world of ballet, dominated by the ballerina or the female artist, Nureyev brought male dancing to the limelight, and changed the nature of 20th century ballet.

Excerpts from 'Everything has a History'

Haldane’s books are the best for communicating science to a layperson. He wrote almost 300 brilliant articles on popular science for ordinary workers, many of which were later collated into books such as ‘Everything has a History’, ‘Science in Everyday Life’ and ‘On Being the Right Size’.