All features, stories and articles tagged with: Destruction 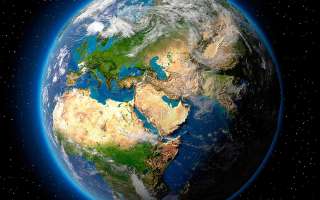 A Beautiful Ship in the Sky

In the boundless ocean of space, a beautiful ship sails serenely around the sun. Our earth – Lovelier than the moon, this fragile ship travels one hundred and sixty thousand kilometres every hour. Space is full of countless such ships.

Iraq Celebrates As US Troops Withdraw

Where: Baghdad, Iraq June 30, 2009 : A national holiday and a full military parade marked “National Sovereignty Day” as Iraq celebrated the withdrawal of American troops. USA’s troops pulled out of Iraq’s towns and cities, six years after they led coalition forces, including troops from four other countries, into Iraq.

July 27: Grooms in West Bengal’s Murshidabad district are singing a different tune these days. They are no more asking for jewels or hard cash. No, they haven’t given up on the dowry. Instead they are demanding for something more practical and useful, a wooden boat.

Khushboo Banka is a IX standard student of MB Girls High School, Calcutta. Here, she puts forth her views about Mother Earth. The Final Verdict [Illustration by Shinod AP] Beyond the horizon, stands Mother Nature waiting for the final verdict – her destruction.