All features, stories and articles tagged with: Friendship

Bhim the elephant and Hanoo the langur lived in the Brindavan Jungle. They were the best of friends. Their friendship had, however, started as a need-based one. You may well wonder what would an elephant and a langur need from each other!

From ‘When the World was Young’, by Verrier Elwin. The book is a fascinating collection of folktales from the tribal peoples of India. Elwin was a pioneering anthropologist; he spent his entire life getting to know the ways of life of the tribal peoples.

He was a poet who spoke out for the poor. He was also one who truly believed that India and Pakistan could be friends, if the countries tried hard enough. From the time he was arrested for writing against British rule in India, to when he climbed onto the famous Lahore “peace” bus with Prime Minister Atal Behari Vajpayee last year, Ali Sardar Jafri spent his entire working-writing life speaking out for what he believed in.

Make Your Own Friendship Band

Make Your Own Friendship Band [] Things you need: colourful cotton or satin embroidery threads. These are commonly available in all markets. Take three sets of coloured thread. I chose red, blue and green. 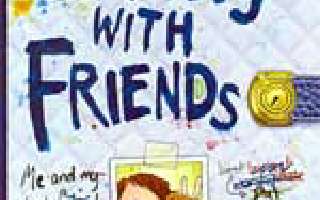 Making Friends and keeping them

Making Friends and keeping them [] Coping With Friends Written by Peter Corey Illustrations by Martin Brown Published by Scholastic India Pvt. Ltd. You must have often wondered if only you had known how to handle that bossy friend of yours in school, you wouldn’t have to run away from her every time you met.