All features, stories and articles tagged with: Security

8 items in this section. Displaying page 1 of 1 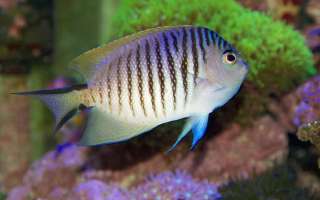 The Fish Which Changes From Female to Male

There is a fish called the blackspot angelfish, which can change from female to male. No, it cannot do it by simply wishing to become male. The change happens for a specific reason. The angel fish live in groups.

December 9: It has been 55 long years since the second World War ended but several relics from that period still attract curiousity. The Enigma Code Machine, for instance. While the police have been chasing wild geese trying to find the Enigma, one fine day it just landed up on their doorstep, but without three vital parts that ran the machine.

Where: Jos, Plateau State, Nigeria March 18, 2010 : Hundreds of people have died in ethnic and religious violence around the Nigerian city of Jos since the year 2010 began. The last such incident was an attack on three mostly Christian villages over the weekend of March 7-8, 2010.

IPL Cricket Out of India in Second Season

Where: New Delhi, India March 24, 2009 : The second season of the Indian Premier League (IPL) will now be held in South Africa. IPL is a creation of the Board of Control for Cricket in India (BCCI).

Where: Pyongyang, North Korea April 5, 2009 : The Democratic Peoples Republic of Korea’s (North Korea’s) plans to launch a rocket had created a stir weeks ahead of the event. It was feared that the launch was actually a missile test.

Where: Pyongyang, North Korea May 26, 2009 : North Korea conducted a nuclear test on Monday, May 25, 2009, in the face of warnings and opposition from countries around the world. Geological sensors in South Korea detected tremors from an artificial earthquake caused by the explosion.

Where: Guwahati, Assam, India January 7, 2009 : A series of blasts rocked Guwahati, the principal town of India’s northeastern state of Assam, on January 1, 2009. Six people died, and 50 were injured. The terrorists who planned the explosions got past New Year’s Day security arrangements with alarming ease.

Where: The Hague, Netherlands March 18, 2009 : The International Criminal Court (ICC)* issued a warrant for the arrest of Sudan’s President Omar al-Bashir on March 4, 2009 and charged him with committing war crimes and humanitarian crimes resulting in thousands of deaths.