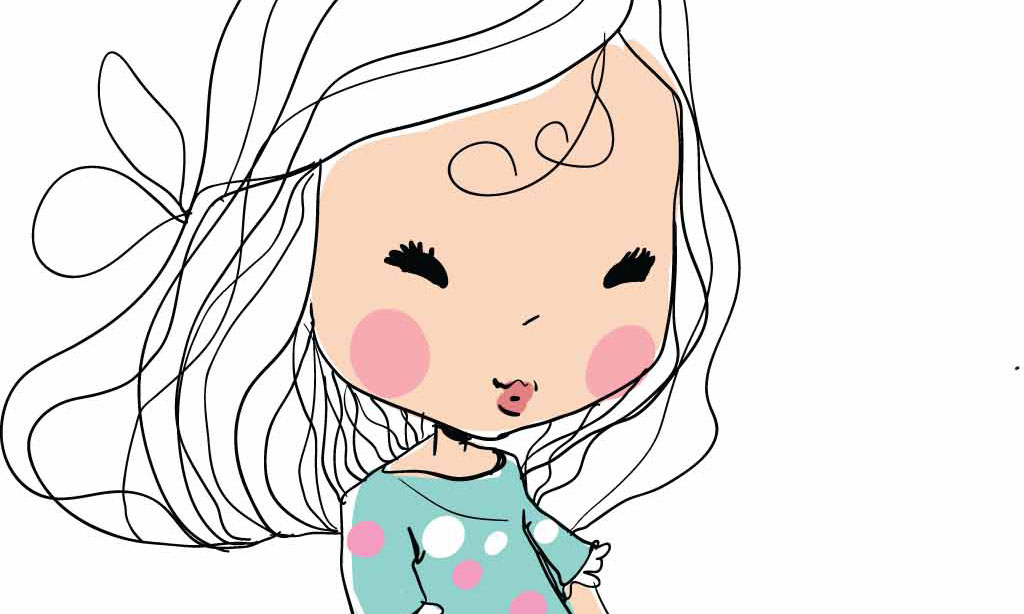 Meenu’s mother was worried about her. A week had passed since their dog Tommy’s disappearance, and her daughter had still not got over it.

Meenu adored Tommy, who had been her faithful companion since her third birthday. He had become a part of the family as he was a loving and well trained dog. Meenu simply adored him. And Tommy, on his part, followed her around everywhere.

During the summer holidays, the family would usually go to Baroda, where Meenu’s grandparents lived. Because it was difficult to take Tommy along with them, Meenu’s parents would leave him with their neighbour Mr Rao.

Tommy was quite happy staying with him because Mr Rao was very fond of dogs too. He was the owner of three adorable dogs, and was planning to bring one more pup home. He was quite happy to look after Tommy while Meenu and her family was away.

But this year, Mr Rao too was travelling, so Tommy had to be left at Meenu’s uncle’s house. Unlike Mr Rao, Sharma uncle did not like dogs. Reluctantly, he agreed to look after Tommy.

As soon as Meenu returned from Baroda, she rushed off to fetch Tommy. When she reached Sharma uncle’s house with her father, he dropped a bombshell. Tommy had run away.

Meenu was stunned. As she stood there, with tears running down her face, Sharma uncle told her that one day, the gate was accidentally left open and Tommy had run away.

Meenu wondered why Tommy had run away. The gate to their house was left open all the time, yet Tommy had never ventured outside the house alone.

Meenu came back home very depressed. Her father had promised to get her another dog but all she said was “I only want my Tommy.” It looked like it would take some time before Meenu forgot her companion of five years.

Next day, on Sunday, it was bright and sunny. Meenu woke up early, brushed her teeth, had a bath, gulped down breakfast and went to take a walk in the garden.

The garden was big and full of huge trees and colourful birds. Suddenly, she started shouting, “Mummy, Mummy come here.”

Her mother, fearing the worst, ran outside.

“Mummy, see what I found!” Meenu pointed to a myna lying on the ground.

One of its wings was badly broken. and it could not fly. The scared little bird was squeaking loudly in pain.

“It’s broken its wing, Meenu. I’m not sure if it will be able to fly again.”

Can we take care of it? Meenu asked hopefully.

Looking down at Meenu’s earnest face, he mother decided to give in. “Okay. But first we have to take it to the veterinary hospital.”

At the “animal hospital”, as Meenu liked to call it, the doctor bandaged the Myna’s wing and prescribed a medicine for the pain. He said it would take more than a week for the wing to heal.

Back home, Meenu made a small nest for the Myna. She called him Mitoo. For the first time since Tommy ran away, Meenu’s mother found her bubbling with excitement.

At first, the Myna was very scared. It didn’t eat much and squeaked all day. Meenu spent all her time after school, looking after Mitoo.

Soon, Mitoo lost all its fears and boldly pecked grains from Meenu’s hand. Meenu was delighted. Mitoo had started hopping around the house, and would even hop onto her hands and sit on her shoulders.

Gradually, the wing healed. Meenu had grown very fond of the Myna. She would pat, talk, feed and proudly flaunt it before her friends. She was so happy with Mitoo that she had completely forgotten about Tommy.

In a week’s time, Mitoo had become quite strong. One day, while feeding Mitoo, Meenu
Asked, “Mummy, can we keep Mitoo with us?”

Her mother had been expecting this. She replied gently, “I too wish we could keep Mitoo. But once she gets well, she will fly away to her own home.”

Meenu looked thoughtful. “What if we kept Mitoo in a cage? Then it can’t fly away.”

Her mother looked straight into Meenu’s eyes and asked, “Meenu, would you like it if you were caged all day and not allowed to go home?”

Reluctantly Meenu said, no. After that, Meenu never pestered her mother about keeping Mitoo.

Before long, Mitoo was completely well again. Although it made her a bit sad, Meenu set the Myna free in the garden. Mitoo fluttered hesitantly to a nearby tree and then flew away into the open sky.

Meenu was sad the whole day. She missed Mitoo. She didn’t eat much at night. She tried to sleep, but could not.

As she lay tossing and turning in her bed, she suddenly heard a sound. Something was fluttering outside her window. It was very dark. Meenu couldn’t see much. She slowly opened the window and, whoosh, something flew inside, chirping loudly. It was Mitoo! 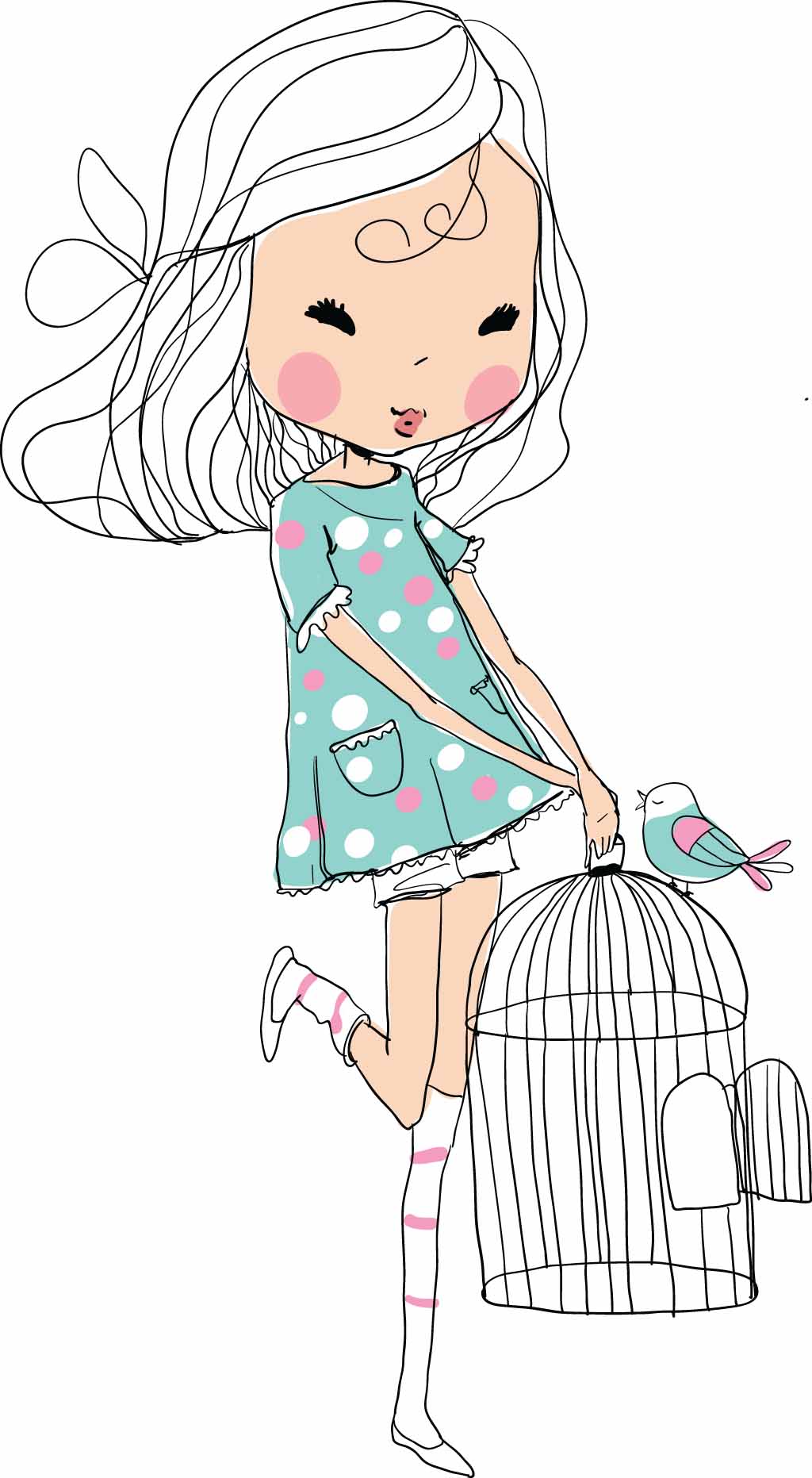 Mitoo had returned on her own. She flew madly around the room and then settled down on Meenu’s hand. Bursting with excitement, Meenu rushed out of her room shouting, “Mitoo’s back! Mitoo’s back!”

Her parents rushed sleepily out of their room, too surprised to speak. Meenu was dancing with joy. Even Mitoo seemed happy. He had returned home.

Meenu asked, “Now that Mitoo is back on his own, may I keep him, please?”

Her parents looked at each other, and smiled. “Of course, my dear,” her father replied.

Meenu went wild with joy. Her parents saw her happy face and knew that it was the right decision.

How are Stars Named?

Saakshi Khanna
Till now we have only seen roads, railway stations, airports, places etc. being named after famous people. But imagine paying money to get a...
5 Ws & H

Ritu Asthana
One of the earliest memories I have as a child is when I was approximately three or four years old. I remember watching my...
Biographies for Kids

B Sumangal
"Trick or Treat!" shout little witches, paper-bagged goblins, rubber-masked imps and bed-sheeted ghosts as they extend a bag across for candy. It is October...
5 Ws & H

Rama Kumaraswamy Thoopal
As day breaks, a reddish-white ball of light that we call the sun, rises. This red haze gives way to a golden-white sheen as...