All features, stories and articles tagged with: Engineers 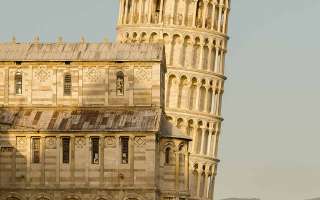 The Straightened Leaning Tower of Pisa

You must have heard about the Leaning Tower of Pisa. In 1990, the tower was made off limits when engineers pointed out that the weight of people climbing the spiral steps could increase the inclination of the tower, and topple it eventually.

Britain wants Indian engineers to help modernise their London-Glasgow railway link, and that’s a real about turn! Nearly 150 years ago, Britain was the first country to use steam locomotives. The British also built the first rail tracks in India and set up India’s railway network with one purpose – they wanted to collect raw material such as cotton from different parts of the country so that they could be shipped to Britain.

A Train of Villages on the Net

Most people have fond memories of train journeys, though some have unpleasant ones of being left behind at a station, while they waited for a steaming cup of tea or coffee. Many film directors, too, have been fond of shooting action-packed or emotional scenes at railway stations.

November 4: While cities and towns have the privilege of an electricity connection, there are still a number of remote villages in India that lack this facility. Their homes remain shockingly dark, even on the threshold of the twenty-first century.