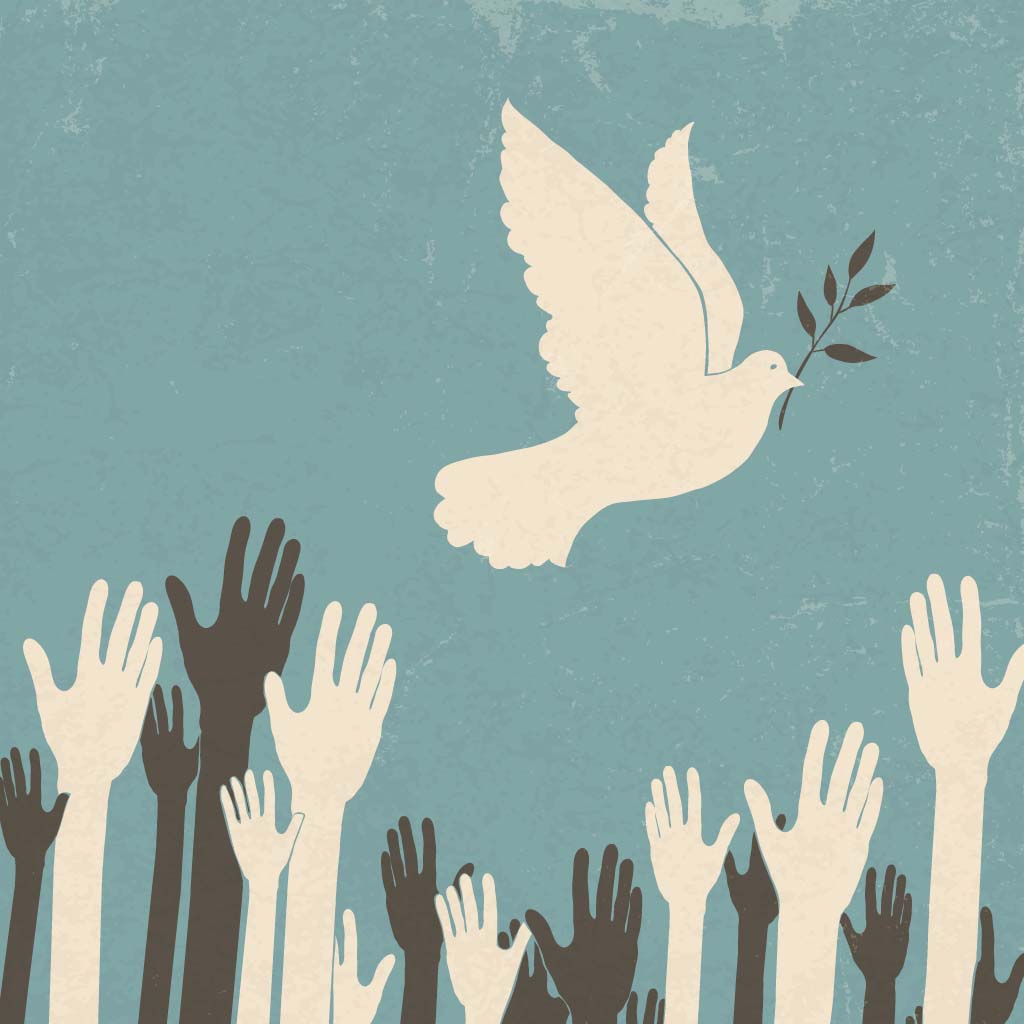 Have you ever asked your family members or friends about the images they think of when a mention is made of war? Chances are that many would think of the mushroom cloud made by the atomic bombs that were dropped by the United States over the Japanese cities of Hiroshima and Nagasaki, on August 6 and August 9, 1945, during the Second World War.

Bombs wiped out more than half the population of the cities, and made the survivors and future generations suffer the harmful effects of radiation, in the form of terrible diseases and illnesses.

“Passing on to the younger generations the memories and the will of those who suffered the bombing is the most important step for humankind to survive in the 21st century. That is the surest way to bridge a rainbow to the 22nd century,” said the mayor of Hiroshima in a news report, on the occasion of Hiroshima Day (August 6).

The world is still not rid of the nuclear threat. America, Russia, France, India, Pakistan… The list seems to be growing. Conflicts are going on in all parts of the world, and violence is still seen as the most effective way to settle scores – for individuals and nations.

How can we deal with violence in society? By looking at the causes which drive societies to violent action, and remembering its impact. And the tendency to forget is always very strong. Here is where the intention to keep peace become important.

Which is why it is so heartening to read about a project attempted by students from the US and Japan on Hiroshima, at an interesting International Cyberfair Project, in 1998. In a spirit of honesty, both the Japanese as well as American students worked on a poem on Hiroshima, which revealed an interesting process of thoughts.

What initially started as negative feelings of hatred towards each other, transformed into emotions of regret, sadness and thoughts about unthinking actions. Like two tributaries flowing into the same sea, the children speak in the same voice of peace that says, ‘no more Hiroshimas and Nagasakis’. The poem was appropriately titled, ‘Poem of Two Voices

Initial feelings of the American children
Enola Gay…overlooking Hiroshima searching for the target
I release the atomic bomb from the aircraft
Happy…the Japanese finally got what they deserved.
I feel proud as I look back at the clouds of ash…the houses burning…and the destruction

Initial feelings of the Japanese children
Beautiful morning…go to work unsuspecting
Hear airplane…look upward shielding my eyes
Unconsciousness…shock…I walk in a daze
Anger towards the Americans…they, who caused us such pain and despair.
I cannot walk without hurting, yet my feelings are numb

Conclusion of the American children
“I do feel some regret, but I keep in mind we are fighting a war…revenge
Regret…sadness…and foolishness…all thoughts that go through my head when I remember that day.
Though I cannot change the past, I know I will never do such a thing again.

Conclusion of the Japanese children
Time has passed now…slowly I realise that the Americans are not my enemy…but war itself
I am now full of hope for the rebirth of peace and the prevention of war.”

And then the two voices became one voice when they said:Peace

Rama Kumaraswamy Thoopal
As day breaks, a reddish-white ball of light that we call the sun, rises. This red haze gives way to a golden-white sheen as...
5 Ws & H

Ajay Dasgupta
The sun is a star, just like the thousands of others we see in the sky each night. But it looks so very big....
Quizzes for Kids

Team Pitara
Seasons not only tell us the time of the year in different landscapes, they are intimately connected to human emotions and experiences as well....
Biographies for Kids